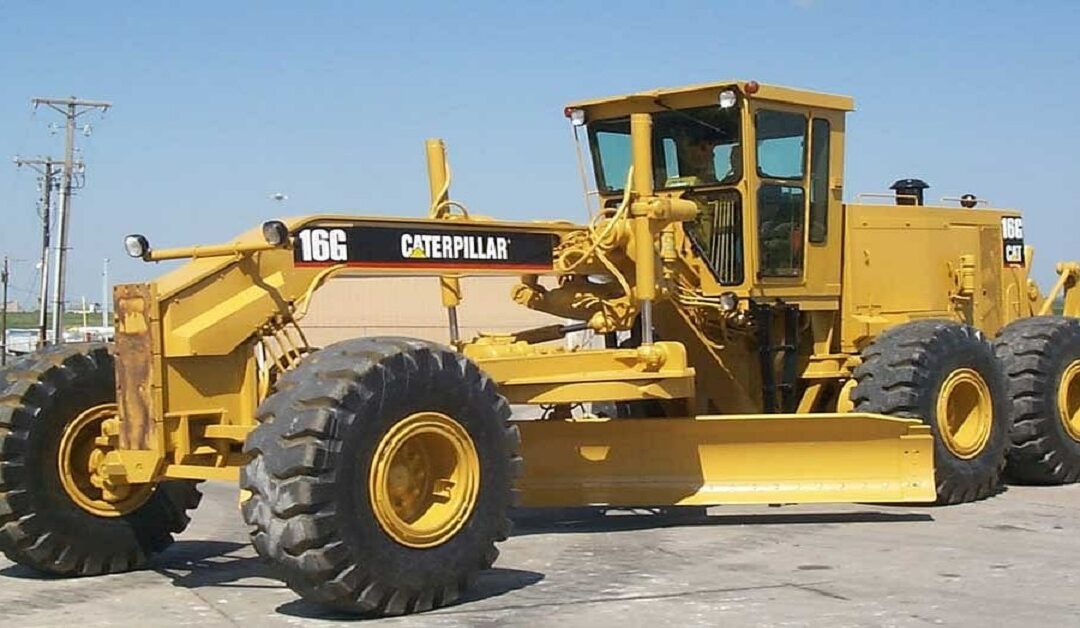 There are numerous alternatives when it comes to heavy gear in the construction industry. There are few better solutions than the old trusty grader if you’re given a specific task that involves the smoothing and leveling of a surface. Read on to discover more about motor graders’ uses and benefits, and take a look at our vast selection of construction equipment!

What exactly is a Grader?

A grader, also known as a road grader or a motor grader, is a self-propelled type of heavy construction equipment used to create flat surfaces. It’s most typically employed during a project’s grading phase when the future construction site’s surface is leveled correctly and tuned to suit specified criteria.

What is the role of a grader?

Graders are powered by three axles, two in the back and one in the front. Modern machines are either self-propelling thanks to axles or contain an engine, which is why they’re sometimes known as “motor graders.” Traditional models were moved with attached equipment or simply by horses. A joystick or a steering wheel is for controlling the vehicle.

Graders also have a blade between the axles, and some have a second blade. In addition, some models may allow for the addition of auxiliary arms, increasing the number of jobs that the machine may complete.

What can a grader accomplish?

The use of graders has increased due to recent developments and improvements in these devices.

Graders are for paving and maintaining dirt or gravel roads. The blade accomplishes this by flattening the underlying topography to create a flat surface.

Although motor graders are most commonly employed to build roads, these machines can also create level surfaces for various reasons.

A grader, for example, could be efficient at leveling the foundation of a construction site before breaking ground or spreading asphalt to an unpaved parking lot before breaking ground. Graders can also widen and build ditches and trenches from the ground up. However, the grader’s true brilliance lies in its unrivaled capacity to repair and polish previously damaged roads.

The adaptability of the grader can increase by adding specific attachments. For example, you can plow snow-covered areas and create new paths by spreading concrete. In addition, it would help level the ground to prepare the soil for planting.

Operators also use graders for scarifying. Scarifying is the process of removing the top layer of soil and resurfacing it with new material such as asphalt, gravel, or another aggregate.

The Effect of the Site on the Grader

Choosing the type of grader for the job site will depend on the type of material to use and the size of the work area. Smaller spaces with less room to turn, for example, may need the use of a single-axle, articulated frame grader. In contrast, larger spaces use a multi-axle machine to complete many tasks.

To sum up, motor graders are powerful machines that are both heavy and valuable; countless experts in the construction business appreciate its engineering marvel and its capacity to simplify their job chores significantly.

Would you mind reading the rest of the blogs accessible here at Interstate Heavy Equipment? Learn more about various construction, agricultural, and industrial machinery uses and benefits.